The 180-Degree Rule is one of the first concepts beginners get to learn in film school, but for some reason, it's one of the hardest to follow.

Today, we will go indepth of the principle and learn when you should follow it and when it is good to break it.

Let's start with the formal definition. 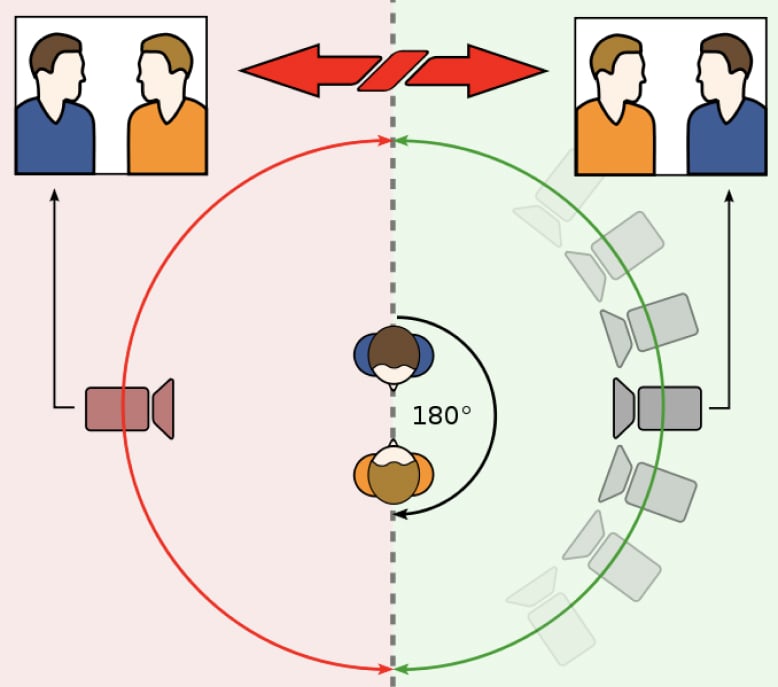 When the camera jumps over the invisible axis, this is known as crossing the line or breaking the line, and it can produce a disorienting and distracting effect on a viewer.

The Wolf Of Wall Street / Matthew McConaughey and Leonardo DiCaprio

First of all you need to establish the line. Then you have to plan your shots in advance to prevent you from accidentally crossing the line. Decide which side of the line you will have each subsequent shot. When its the dialogue between only two people, it is usually a two-shot technique with both characters in the shot and then close-up shots of each character from the same point of view. This establishes and follows your imaginary line and never crosses it.

When to Break the 180 degree Rule

The 180 degree rule is like any other rule in the world. You can break it, but make sure you do it intentionally, only when it improves the scene.